Supposing we become poor, can we blame anyone for it?

Supposing we become poor, can we blame anyone for it? Can we blame the government for not creating enough opportunities for everybody? Can we blame our parents for not sending us to a better school? Or, should we blame God instead, for bringing us into this world with very little?

Do you know that many of the truly rich people in the world were once poor? Henry Sy, John Gokongwei, Jack Ma, Steve Jobs, etc. What do they have that most of us don’t have? Why did they not remain poor, while many others just surrendered to this fate?

I do not know these people very well. While I have read bits and pieces about their lives, I do not know what makes them special. But for a long time I have been asking the Lord, “Why is one man poor and another man rich?” Is it because of the education they gained, the money they have, or the environment they grew up in? Yet some of the names I mentioned above did not have any of these. So what makes one man poor and the another man rich?

Proverbs say the diligent will rule and the hard worker will become rich, but the one who is negligent and lazy will remain poor. On the other hand, Proverbs 22:2 say, “The rich and the poor have a common bond, the Lord is the maker of them all.” So did God favor one over the other? I believe not, because Deuteronomy 8:18 says that God gave both of them the power to make wealth. The one who uses and develops this power will never become poor but the one who does not will never become rich.

Supposing we become poor, can we blame anyone for it? If you ask me, I will say NO! Because I believe whatever situation we may be in today, is the result of the choices we continue to make. As the Filipino saying goes, “Walang tamad na yumayaman at walang masipag na naghihirap.” God gave us the free will to decide what we want to be and the power to create the wealth we want to have. 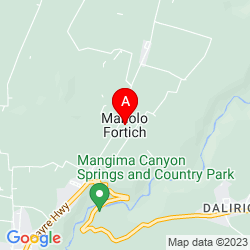